Today, I was walking around in LA and someone said, “great costume” because my face was literally caked in baby powder. They probably thought I was dressed-up for Halloween as something dead, like Dracula or the Presbyterian Church; but really, I’m just a pool of sweat these days and desperate to find something that will soak it up. That’s because I’m way over-levered in riskyÂ House races and starting to feel the heat. So you can imagine my relief when I checked the prices onÂ the Minnesota Senate race. It really perked-up my day.

In case you forgot, Senator Tina Smith (D-MN) is running to permanently replace Sen. Al Franken, who was disappeared by the Democratic Party due to this photo: 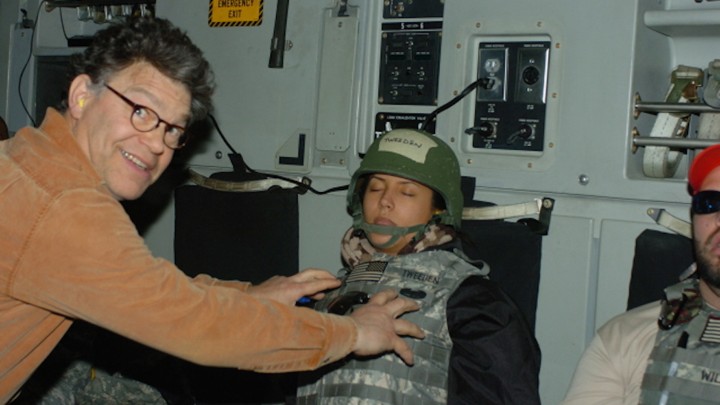 Anyway, Minnesota Governor Mark Dayton appointed Smith to finish Al Franken’s term and for some reason, Republicans thought she was a big zero who couldn’t close the deal on election day. Ha. Joke’s on them, Tina Smith is going to crush it next week.

The fact that Republicans thought they could flip a Minnesota Senate seat in the middle of a â€œblue waveâ€ is way funnier than any of Al Frankenâ€™s jokes. It reminds me of the tools who thought that W could carry Pennsylvania in 2004, or that California would elect Republican Meg Whitman to the governorâ€™s mansion in 2012. Not gonna happen, especially while the GOP has about the same approval ratings in the suburbs of Minneapolis as ISIS.

So I am dumping a ton of cash into this race right now at between 80-85 cents. I figure I’ll need it to CYA when I get absolutely smoked in some House races next week.

You should get in too.