A lot of people in the Fake News Media (FNM) have been yapping about how a possible vote to impeach Donald Trump is going to shutdown Washington, D.C. indefinitely. Ordinarily I do not take the FNM very seriously. I personally like to avoid grocery stores where they even sell newspapers and have been very clear that I do not enjoy learning at all. But in this case, I think the Fake News Media is right. There is a 100 percent chance that Trump’s legislative agenda is dead now that all the talk in Washington is about impeaching him. Basically the only thing that is going to happen in the capitol from now until the new year is a big angry street brawl where the woke mullahs of the Democratic Party and the MAGA Mad Dogs of the Republican side just snarl at each other and write nasty tweets. In this environment, I honestly think that it would be easier to revive Mel Gibson’s reputation than Donald Trump’s legislative agenda.

A little while ago, I wrote about how I have been eyeballing one of the following for possible end-of-the-year enactment: a new NAFTA treaty (the U.S.-Mexico-Canada Free Trade Agreement), prescription drug reform, and/or gun control. The reason for this was that the politics were right for Donald Trump, Nancy Pelosi, and The Godfather aka Mitch McConnell to agree on one of these three bills that they all had a shared interest in passing. However, now that Speaker Pelosi has committed the Democratic Party to impeaching Trump, these bills are dead until further notice.

Some people might be worried about this since they think it is important to have good trade relations with your neighbors. I do not share this concern because Canada is one of the worst cities I have ever been to. Others may be concerned that people who have anger problems and/or dementia, like Sen. Bernie Sanders, can still buy machine guns. I personally don’t care about that either because the impeachment logjam in Washington means it is going to be really easy to make money by betting against Trump having a single legislative accomplishment in 2019. The best and only place to do that is here, where you can wager against the only bill of Trump’s that ever had a chance:

Here is why it is dead:

(1) Democrats think that the Ukraine scandal is an issue that they can finally break Donald Trump with. This means that their incentive to give him a major victory, like this free trade agreement that he campaigned on, is zero. Democrats want Trump to roast and are not going to give him a good headline. At this point they are either going to impeach Trump or their voters are going to impeach them. This is a dangerous business. 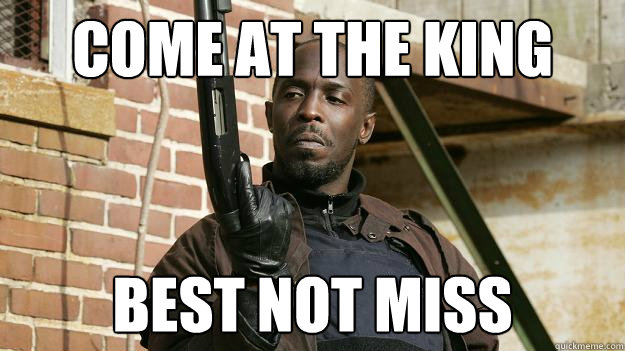 (2) Impeaching the president is going to be tough. Yes, there are a bunch of woke mullahs, like Rep. Alex Ocasio Cortez, who are walking the halls of Congress, taking undecided legislators hostage, and threatening to behead them on Twitter if they don’t convert. But there are way more Congressmen who take impeaching the President seriously and are woke to the fact that if they crucify Trump too soon and without convincing the public that he deserves it, then they will actually make a martyr out of him and potentially tilt the election in his favor.

(3) Regardless of whether or not Democrats can pull together the votes to impeach Trump, this whole process of arm twisting is going to totally drain their leadership’s muscles. Nancy Pelosi is basically maxing-out on the Congressional bench press to get Trump impeached. She is flexing hard on some Dems to get their votes to yes, but she is also using the opposite muscle motion to keep the the froth-at-the-mouth anti-Trump crowd in line until the time is right to move. Sticking the landing these two moves is some serious business.

(4) Asking for controversial votes – like an impeachment — is like asking for money. You can only do it so many times before people tell you to get lost and get a job. Unfortunately for Speaker Pelosi, that is exactly what will happen if she comes begging/hammering people for their votes on impeachment and then starts ringing a Salvation Army Bell outside the Capitol for votes on a new NAFTA agreement come Christmas time. Pulling this off twice in three months is way too much, even for a legend like San Fran Nan.

Again, I can’t stress enough how important it is that (1) Nancy Pelosi impeaches Trump; and (2) she does it at the right time. If she detonates a nuclear bomb over Trump’s White House before public opinion agrees with her, then the radioactive fallout is going to contaminate the Democratic Party going into the 2020 election. The other half is that if she fails to impeach Trump then the Woke Mullah’s are just going to to behead her and suicide bomb the whole Democratic Caucus, which would be a major buzzkill.

So, once again, there is just no reason to think that any of these bills go anywhere. All of Congress’s energy is going to get burned-up on this impeachment deal and there is just not going to be any room for people to give a shit afterwards. I honestly don’t think I am exaggerating when I say that heads will roll. Just put your feet up and eat some popcorn folks. I personally am going to eat mine out of a gold-plated salad bowl once I cash in the winnings I’ll have by betting NO against any legislative accomplishments by Trump this year. Once again, this is the best place to do it: