Animals, usually the end of the year is my favorite time in politics. That is because the constraints of the calendar make Congress more predictable than an episode ofÂ Scooby Doo, and the pressure to get things done means that there is more action on the Hill than there is in Ron Jeremy’s DVD collection. But in 2019, there are some seriously strange things bopping around in Washington. If I am being totally honest then I will just admit that Trump’s impeachment and the Democratic Primary are really jamming-up my genius abilities and they are absolutely torching some longstanding rules in Congress. So I will be blogging about these “STRANGE WATERS”Â and how you need to get woke AF to them before you bet your stack.

Today it’s this one:

Because impeachment connects to every other part of Washington right now. Check back soon and I’ll hit you with some hot fire about the primary.

When Will Donald Trump Be Impeached?

This question is the mother of them all. A good rule of thumb for Congress is that everything important has to be done before Christmas. That is because Congressmen and Senators do not like to go home and explain their laziness to constituents if they have not delivered on their promises; and because stalling bigtime legislation for 1-2 weeks can kill it.Â This is why then-Senate Majority Leader Harry Reid sent the Capitol Police door-to-door in 4-wheel drives to grab Senators for a Christmas Eve vote on Obamacare in 2009. 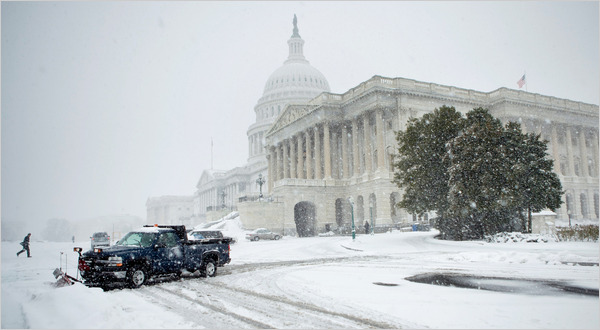 It was honestly a genius play because a few weeks later, Sen. Scott Brown (R-MA) won a surprise election against Martha Coakley by campaigning against Obamacare. This was the first step in Martha Coakley breaking the record set by the Boston Red Sox (1918-2004) and the British Army (1776-present) for the most embarrassing losing streak in the state of Massachusetts’s history. If Harry Reid hadn’t kept the Senate in session, Obamacare might have been blocked permanently. The House wound-up just passing the Senate’s bill, which was not even finished yet, because that was the only path forward once the unforeseen election of a Republican Senator in MA had happened. You better believe that Nancy Pelosi remembers this. She also remembers how the GOP tax cut in 2017 only happened at the last second in December too. As I have said many times, Nancy Pelosi is an ice cold winner. She knows all of this. She is basically the Three Eyed Raven of politics. But the “Before Christmas Rule” has a huge problem this year due to impeachment. That is because you can’t just impeach a president with your hurry-up offense without feeling some consequences. Impeachment is very different from Obamacare or tax cuts, because it is not the same as giving away free money or health insurance. Again, Nancy Pelosi is a winner and knows this, which is why things are very complicated here.

So let’s just stick to the facts and see what the best prediction is:

— FACT: Nancy Pelosi has to impeach Trump before Christmas or else everything will fall apart.

— FACT: If Nancy Pelosi impeaches Trump before she has made a good case and secured public opinion on her side, Democrats will get absolutely nuked in the next election.

— FACT: Making the case to the public might take some time.

— FACT: The Democrats are taking the most damning anti-Trump testimony in secret places.

— FACT: This level of secrecy makes it very hard to persuade the public that the President needs to go.

— FACT: Public opinion in swing states is not in favor of impeachment and is still basically 50-50, with a slight edge to no impeachmentÂ

— FACT: This really needs to get done by the end of the year, or else impeachment is going to get mixed-up with the 2020 Democratic primary.

Wow, what a looney situation. All of these facts are contradictory, which is one reason why I do not support learning due to the fact that learning can make you realize things that are uncomfortable. My personal belief is that House Democrats do not want to adjourn for Christmas without impeaching Trump. I also do not think that we will get much warning about this vote whenever it does happen. All of our political early warning radars will be ineffective. An impeachment vote will just pop-up on the horizon like a cruise missile strike inbound to absolutely wreck whatever is in its path. But Nancy Pelosi will not call it in until she is sure that her Members won’t get blasted along with Trump.

Also the Godfather aka Mitch McConnell is preparing for a December impeachment trial, so that is telling. Also for the purposes of betting, I really think that this price is undervalued.