There are two things that I keep hearing over-and-over about Iran. The first one is that Trump might have accidentally started World War III due to the fact that he absolutely charred Iranian General Solemeini while he was in the drive-thru at the Sonic outside of Baghdad’s Airport. And the other is that the President did this because Iran is engaged in a proxy war with the USA through terrorist affiliates like Hamas and Hezbollah. I personally do not know a lot about Iran, except that the Persian Empire invented a very primitive version of the face tattoo, which was perfected by Post Malone.

However, I do know that if there is one thing that Donald Trump is absolutely an expert on, it is fighting proxy wars. He has literally written the book about them and all the other forms of corporate warfare: For additional reading you can also watch SuccessionÂ on HBO. The most recent season features a hostile takeover aka a proxy war:

I honestly think that Trump is running his foreign policy against Iran the same way that he would run a hostile takeover against a rival hotel chain. He is upping the pressure on the Ayatollah to boost his negotiating position. The first step was to cancel President O’Bama’s nukes-for-cash deal with them. Again, being canceled is something Trump has a lot of experience with so I am feeling good about this. The next logical step for Trump’s hostile takeover was to poach a key guy from the other team — Solemeini. He did this with a Hellfire Missile. And when Iran responded by saying that it had 35 targets in mind to retaliate against the USA, Trump flexed America’s superior scale in the press by saying that he had 52. Textbook way to spook shareholders.

But that is when I realized that this is potentially a very serious situation that could result in many lives being lost. It gets worse because SSG HQ is in Los Angeles, which is a city that has lots of liberals, gays, and journalists in it, which tells me that it is probably at the top of both regimes’ target lists.

So I am taking things very seriously as I look at the odds that the sickos at MyBookie put together for the growing crisis in Iran.

BTW, I know this is a serious situation. But betting odds are also an interesting way to break it down, which is pretty much the point of this blog. I’ve pasted my thoughts below.

U.S. TROOPS ON GROUND IN IRAN BEFORE TRUMP LEAVES OFFICE?

KEENDAWG: As I have said before, Trump is 100 percent in his zone fighting a proxy war. As the USA’s CEO, Trump thinks that he can use the superior scale, tech, finances, and IP at the USA’s disposal to put Iran’s government out of business. But I do not think he favors a boots-on-the-ground, retail strategy to execute his hostile takeover. That would be way more expensive than what Trump or his shareholders — the American People — are willing to pay.

That said, Trump is not in control of the whole ball game. It might be that Iran decides to lever-up and go for a poison pill defense against the USA. WILL TRUMP REINSTATE THE DRAFT DURING PRESIDENCY

KEENDAWG: This feels like a long shot. Shareholders will only tolerate Trump’s proxy war with Iran as long as he keeps costs down and headcount low. Do not expect Congress to approve a military draft for Trump, ever. He is way too low on political capital to get that transaction done.

WILL AYATOLLAH BE ALIVE WHEN TRUMP LEAVES OFFICE ?

KEENDAWG SAYS: This bet is a little bonkers. First of all, if Trump loses in 2020 then this feels like an easy yes. If Trump wins in 2024, then the lifespan of the 80-year old Ali Khameini could be a bigger liability.

KEENDAWG: This one already hit for YES.

WILL SWITZERLAND CHOOSE A SIDE IN IRAN VS USA?

IF FRANCE ENTERS CONFLICT, HOW LONG ‘TIL SURRENDER?

KEENDAWG: This is just a hilarious bet that is moron bait. Why would France join the USA in a war against Iran that only started because Trump’s fat finger missed the “re-tweet” button on his iPhone and accidentally hit “AIR STRIKE NOW!!!” Also, I would need some rules clarification as to which nation is surrendering. You never know which French Army is showing up. It could be this one: 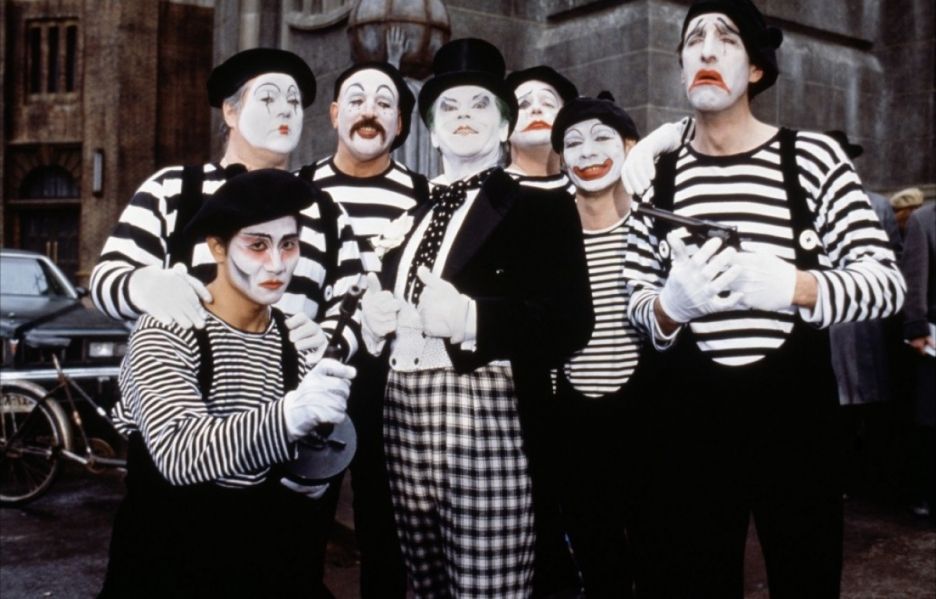 Also there is this interesting statement about Iran from Macron and some other bigshots that amazingly says nothing about Iran at all.

COUNTRY TO JOIN IRAN & DECLARE WAR AGAINST US?

KEENDAWG: I personally do not know why any country would want to fight a land war against the USA. The USA is at least a decade ahead of every other country when it comes to being good at war. And there is no war that America has more practice at than a pointless, avoidable one in the Middle East.

The last time two civilizations as miss-matched in military technology as the USA and Iran clashed was in the Hollywood classic Independence Day. Some of you will point out that the the aliens with the better guns lost at the end but I personally think you are taking the wrong lesson. The aliens lost their warships but the humans lost basically every city with a Chipotle in it.

That is basically Iran, Yemen, and North Korea’s best case scenario: blow up an adventuring American army but lose your entire country doing it. Therefore, I do not see the incentive for dumb countries to invite this kind of wrath. Also I am not even sure if Yemen is still a country.

But once again, Iran vs the USA is a proxy war. So while it would be a boneheaded move for other nations to join them in open arms agains the USA, Iran could easily get some extra capital from silent partners like Russia and China that would love to see USA, Inc., sinking into another the sandbox there.

WHICH TERRORIST WILL TRUMP CAPTURE OR KILL NEXT?

[Too many names with too long of odds to even list]

KEENDAWG: There is a zero percent chance that Trump knows or cares about any of these psychos. He is just going to pick-off any terrorist who he thinks that Sean Hannity will tweet about and Alex Ocasio-Cortez will defend. My read is that Trump is a CEO, which means he’s a numbers guy and will just try to do a lot of volume in this marketplace. So I think it’s a total crapshoot to bet who he prioritizes waxing in the advent of war — avoid, avoid, avoid.

In closing, I do not think Trump wants to start a war, though maybe he will trip the USA into one for some stupid reason anyway. Let’s hope that doesn’t happen. There’s no joke that can wash that pain away.

PS — was A Flock of Seagulls ahead of their time?

3 thoughts on “IRAN HOSTILE TAKEOVER: Betting Lines for War Are In and It’s Awkward AF”